Greetings! We wish to provide you with an update on the court proceedings for 7 MI PPC defendants; and how YOU can use your social media to call for Quicken Loans' to act justly.
During last summer's 40 Days of Action, more than 300 Michigan residents marched in downtown Detroit on June 18th against water shutoffs, gentrification, corporate welfare, housing evictions against poor seniors; and public financing for a privately managed and named M-1 light rail system.


Tell @QuickenLoans on facebook and twitter that good businesses work with low income residents, not against them! #Gilbert7 #Detroit #PeopleNotProfits #DetroitWaterAffordability #CommunityBenefits

#Gilbert7 is the hashtag name for the seven MI PPC defendants who demanded a jury trial for their arrests. They are:
Pack the Court! 36th District Court, 9:30am-4pm on Thursday, Jan. 24, 2018. (Arrive early enough to pass through security -- no phones, cameras, computers, writing instruments or notepads allowed in court. )


One of the defendant's, Yexenia Vanegas, provides this account of the court proceedings: 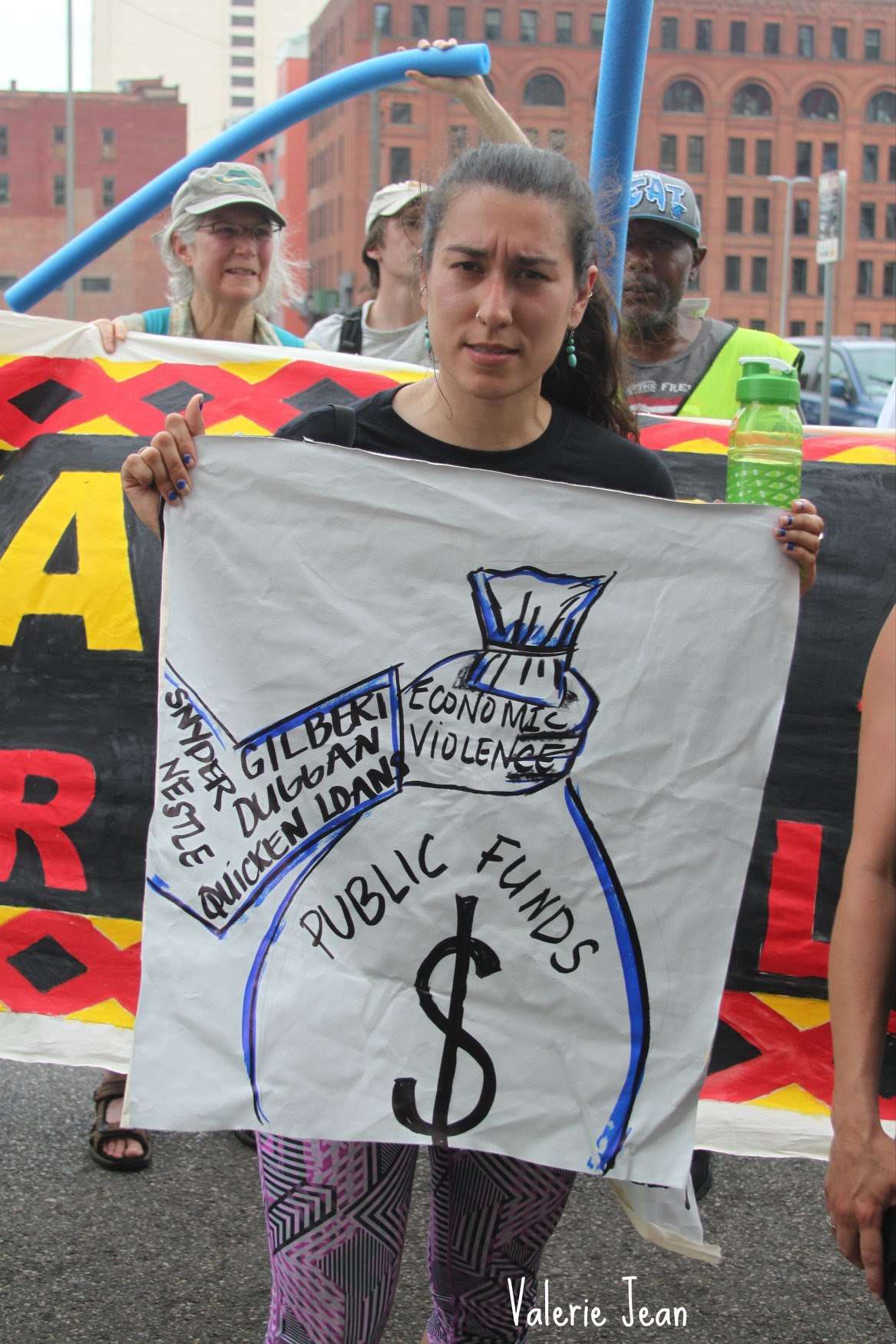 "The Gilbert 7 trials have been going on for two full days now. The jury was picked on the first day and on the second day the Prosecutor laid out their story then rested their case. We have heard testimony from the prosecutor’s witnesses, which included folks from the Detroit Police Department as well as the private company Rock Security, owned by Dan Gilbert. Tomorrow, January 24, 2019 starting at 9:30 am it is our turn -- the defense, Gilbert 7 -- to lay out our narrative. We initially had a long list of expert witnesses -- many of whom are excellent organizers -- however, the city prosecutor presented a motion to strike all expert witnesses from our list because they believed it was not relevant to the “crime.” The judge allowed only one expert witness: Maureen Taylor (Detroit) and one fact witness: Reverend Gerald Caldwell (Flint). The rest of the testimonies will come directly from us, the #Gilbert7. 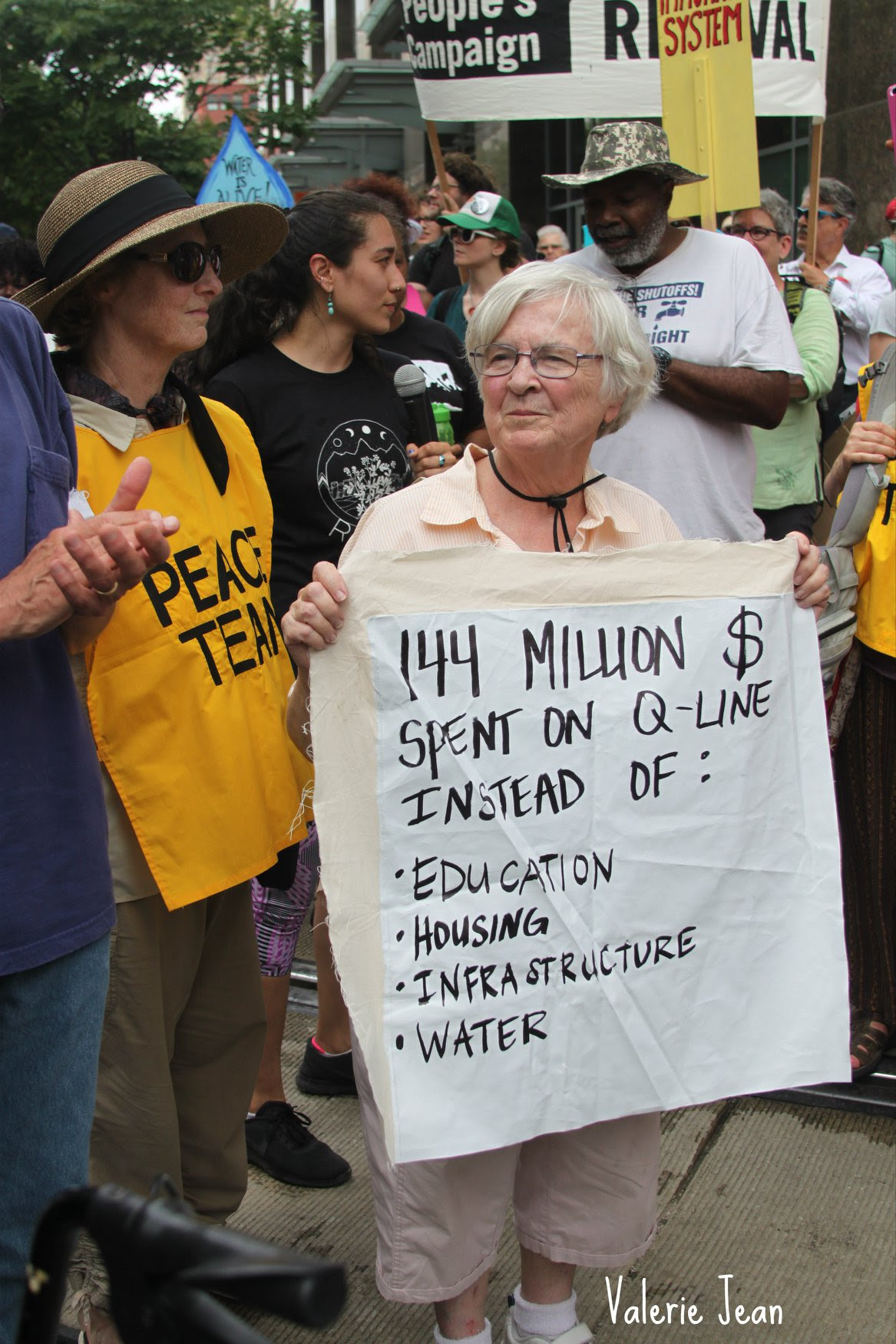 Join Richard Levey's call to action on facebook: 'I am standing up to Dan Gilbert and his abetters who put buildings and profits over people and beloved community. JOIN US!!'

Tell @QuickenLoans on facebook and twitter that good businesses work with low income residents, not against them! #Gilbert7 #Detroit #PeopleNotProfits #DetroitWaterAffordability #CommunityBenefits
Stay up-to-date on the latest Michigan Poor People's Campaign news on our facebook page or website, and on the National PPC website.


With appreciation and in solidarity,


P.S. You can help support the legal needs of the MI PPC with a contribution today at
https://www.michiganppc.org/p/donate.html
Also, please ask your friends and family to join the MI PPC by signing up at
https://www.poorpeoplescampaign.org/join-campaign-get-involved-state/
Email ThisBlogThis!Share to TwitterShare to FacebookShare to Pinterest
Newer Post Older Post Home